What is Silicon Carbide 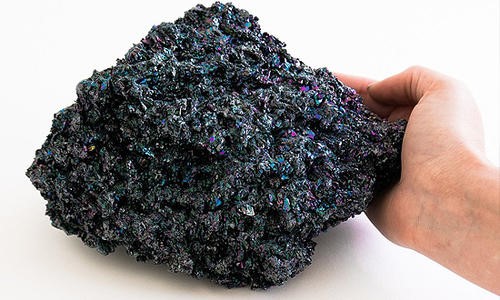 Silicon carbide due to stable chemical properties, high thermal conductivity, thermal expansion coefficient is small, good wear resistance, in addition to abrasive use, there are many other uses, such as: with a special process to silicon carbide powder coated in water turbine impeller or cylinder body wall, can improve the wear resistance and prolong the service life 1 ~ 2 times; It is made of high grade refractory material, heat resistant shock, small volume, light weight and high strength, good energy saving effect. Low grade silicon carbide (containing SiC about 85%) is an excellent deoxidizer, with which it can speed up steelmaking, and facilitate the control of chemical composition, improve the quality of steel. In addition, silicon carbide is also widely used to make silicon carbon rods for electric heating elements.

Silicon carbide hardness is very high, mohs hardness is 9.5, second only to the hardest diamond in the world (10), has excellent thermal conductivity, is a semiconductor, high temperature can resist oxidation.

Silicon carbide has at least 70 crystal forms. α -silicon carbide is one of the most common homogeneous heterocrystals. It forms at temperatures higher than 2000 °C and has hexagonal crystalline structure (like fibrous zinc ore). β -silicon carbide, a cubic crystalline structure similar to diamond, is formed at less than 2000 °C, as shown in the attached figure. Although heterogeneous catalysts are notable for their higher surface area per unit than the α type, the other silicon carbide, μ -sic, is the most stable and has a more pleasant sound on impact. Until now, neither type has been used commercially.