Mould fluxes is the material placed on the liquid steel surface in mould for heat preservation, oxidation prevention and absorption of non-metallic inclusions during continuous casting.

The developed slag is basically based on a CaO ternary system, and is prepared by adding various fluxes, skeleton materials and heating materials. It can be roughly divided into three categories:

Silicate, fluoride mainly with metal powder and oxidizer. It is characterized by fast slag formation, high cost, high smoke and flame, and easy to increase the inclusions in steel. Heating slag was once widely used in the former Soviet Union.

Slag equipment must be added when using, which is troublesome and costly, and is no longer used.

Widely used slag generally falls into this category. It is mainly silicate, with fluoride, soda and other low melting point material as flux or diluent, and then add carbon material isolation, skeleton and heat insulation. The solid adiabatic slag melts on the molten steel surface in the crystallizer to form a multilayer structure, which can give full play to various functions of the protective slag. The solid adiabatic slag can be divided into powder slag and particle slag, pre-melting powder slag and particle slag according to the processing mode and the existing form. Premelting slag has the advantages of uniform composition, no phase separation and chemical reaction in the melting process, not easy to absorb moisture and good glass properties. Chemical composition of solid adiabatic slag is shown in table. It can be adjusted and standardized according to different steel grade, section and casting process. 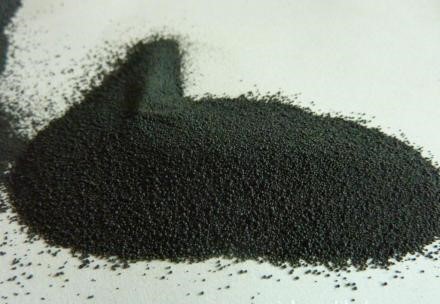 According to the different casting speed and steel type, the melting point of mold protection slag can vary from 900 ℃ to 1200℃. The main basis for determining the melting point is that the slag film should remain liquid when leaving the mold with the billet. The hemispherical point temperature is generally regarded as the reference temperature of melting point.

Viscosity is one of the most important properties of the protective slag, which is closely related to the process parameters of continuous casting. It is generally agreed that the viscosity of the protective slag is inversely proportional to the casting speed, which can keep a certain thickness of the slag film between the mold wall and the casting slab. If the viscosity is too large, due to poor fluidity, the film is very thin or discontinuous, which is not conducive to the diffusion and dissolution of inclusions. If the viscosity is too small, the slag film will be too thick and uneven, affecting the heat transfer to the mold. The viscosity of mould slag varies from 0.1 Pa·s to 1.0Pa·s.